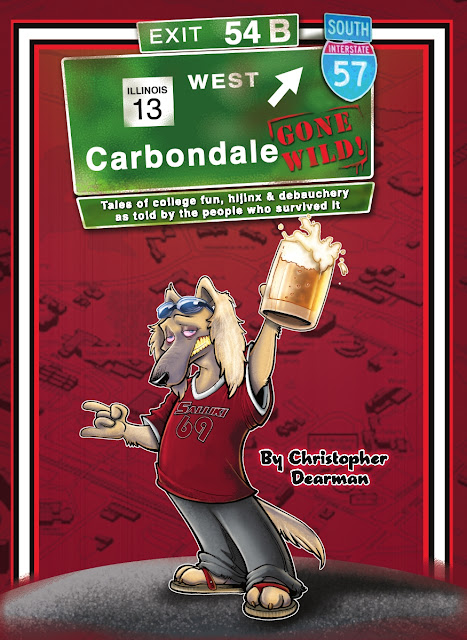 Email ThisBlogThis!Share to TwitterShare to FacebookShare to Pinterest
Home

From the author of

Tales of college fun, hijinx & debauchery as told by the people who survived it.

CARBONDALE GONE WILD! - is a revealing look at some of the fun, hilarious & outrageous stories that took place over the many decades college students have been attending what formerly was known as one of the nations leading "party" schools.

We can now lift the curtain to let people know what REALLY went down while students were away from home...

While it's party image may be a thing of the past, stories of the infamous Halloween riots, the taking of The Strip, as well as numerous other rowdy tales of revelry for which it earned a place on Playboy magazine's top party list more then once will be revealed.

Christopher Dearman shares some of his numerous stories of the five years spent working on getting his degree, and all the hijinx & debauchery that went along with it. He also collects quotes & memories submitted by many others that will paint an unforgettable overview of coming of age stories that took place in Southern Illinois.